In the gloom of the auditorium I could see a sea of swiveling heads, baseball hats, and pony tails. The only seats left were in the back of the auditorium, with the kids who bussed in from Green Valley. They slouched in their chairs and muttered to themselves, bumping fists and laughing behind cupped hands.

The only open seat was in the middle of the last aisle, and to my dismay, I could see that I would be sitting next to Juan Braddock. At 16, Juan had the body of a man. In the locker room I had seen a thick mat of chest hair on rippling muscles. It was impossible to not look at his hands which were always clenched into fists. Wherever Juan went, the school’s safety officer could be found nearby. The safety officer’s main function seemed to be keeping the other kids safe from Juan.

As I sidled down the aisle the Green Valley kids retracted their legs, grudgingly letting me by. When I got to the empty seat I sat down with my backpack on my lap. Juan looked at me sidelong and then tuned me out. I wasn’t even worthy of acknowledgement.

Most of the talent show was a snooze. A Korean kid went ape-shit on the violin like someone with St. Vitus’ Dance. Then a band of grits in cut-off jean jackets played a Skynrd cover. Then a chubby girl did a routine with hula hoops and a baton that made the back row kids howl. Throughout, Juan’s eyes never focused.

The only thing that made Juan pay attention was when a male ballerina came out on stage, bedecked in flesh-colored tights and an off-the-shoulder tiger stripe t-shirt. Plenty of kids at my school did ballet, but they were all girls. Except for Gray. Gray was the only male ballerina in the school. Maybe in the whole town.

Gray danced to a Tears for Fears song called “Shout”. I was mesmerized. I had never seen a boy in tights. Gray was long and lean but he had sinewy muscles that rippled and twitched under the stage lights. He looked like a Michelangelo statue come to life, overawing the dumpy, graceless, mortals that sloughed around the high school like clay golems.

Next to me I could feel a change in Juan. His hands gripped the sides of his seat. His mouth was agape and his nostrils flared slightly. I’d never seen him in such rapt attention.

The spell was broken when a Green Valley kid named Beanie, sitting a row up from us, cupped his hands around his mouth and yelled, “FAGGOT!” With unbelievable speed Juan was on his feet. He cuffed Beanie’s head with a gigantic fist. “Shut the FUCK up, fool!”

The entire auditorium was now swiveled in their seats hooting and hollering as Beanie cowered under Juan’s fist. In moments the teachers descended.

On stage Gray stood motionless, as the grown-ups herded the kids towards the exits, leaving him alone with his music in an empty auditorium.

The next day Gray’s dance was the only subject of conversation at the bus stop. Did you see his pants? What was he thinking? I found an empty seat in the middle of the bus and gazed at trees whizzing by.

My sister had a book called The Little Prince. The cover was a watercolor of a little boy standing on an asteroid and smiling a little smile as he whizzes through space. That’s what I thought of when I saw Gray standing at the bus stop in front of the big houses on George Mason Drive. Gray boarded the bus and smiled a little smile as all the kids stared and whispered.

As the bus bounced along I stared at the back of Gray’s head and wondered what he had to smile about. Didn’t he know the troglodytes of our high school would devote their lives to his misery? They would emerge from dim stairwells to shout “faggot” and push him down the stairs. He might get tuned up in the locker room. There would be whispers, stares, and sneers, the common currency of high school social life.

You take your average male ballerina in your average high school in America and you can bet that the day after he appears in front of the entire school in tights something awful is going to happen. But it didn’t play out that way.

The bus disgorged us into the gigantic scrum gathering at the front gate. It was a throng of kids, pushing, shoving, and yelling. I could see Gray’s blonde head bobbing along ahead of me. And along the wall, leaning on the bike racks next to the door, milled a crowd of Green Valley kids punching each other’s shoulders and hooting.

As Gray approached the entrance, a hulking figure detached itself from the bike racks. It was Juan Braddock. He intercepted Gray on the sidewalk leading up to the front door. The crowd parted a little, leaving Gray and Juan alone in a little circle of faces. The entire crowd gaped, wondering what would happen next. For once, the madding crowd was stilled.

There was a low gasp from the crowd as Juan slowly proffered a gigantic scarred fist. Gray stood silently for a moment before raising his own fist to Juan’s. They gave each other a bump. Juan nodded once to Gray, a barely perceptible dip of the chin and glided back to the bike racks.

Like an electrical current crackling across uninsulated wires, the news spread. After that morning none of the kids ever dared fuck with Gray. Even after Juan was expelled a few weeks later for hitting a teacher, he left an invisible shield around Gray. In school at least, Gray would be safe.

In the Winter, Gray and I both auditioned for the school musical. It was Grease. Gray was cast as Danny. I was an extra. On the first day of rehearsals, the school’s drama teacher, Mrs. Gilhooly, sat in the darkness of the auditorium shaking her head as we clumped around the stage like the graceless adolescents we were.

Mrs. Gilhooly pulled some strings and the next week when we arrived at rehearsal she introduced us to a professional dance choreographer. “You are to call me ‘Christian'”, he announced as though his real name were “Brad” or “Pete” or something else unbefitting a dancer. He was wearing tights and leg warmers and a muffler, like the characters in Fame. I was intimidated by his perfect hair and ramrod posture.

As we swung into our rehearsal schedule, whispers began to spread that Christian was gay. Things were different in the eighties. In Southeast D.C. there were whispers of a mysterious disease laying waste to poor neighborhoods. Soon AIDS was anthropomorphized to a spectral figure, Slim, who stalked the ghetto scooping up souls and leaving in his wake emaciated bodies covered with lesions. When someone died of AIDS it was whispered that “Slim got him.”

In that atmosphere of paranoia, being openly gay was like having a target on your back, but Christian never seemed concerned about the whispers and giggles. He certainly didn’t want to make friends with the cast. When we ventured on stage, we entered his world, and he made sure we knew it.

All Winter we toiled under Christian’s cruel tutelage. Most of us had never danced a lick in our lives and Christian would gnash his teeth and bury his face in his hands as we fumbled through his direction. With Gray it was different. Gray could do anything Christian asked. Inspired, Christian demanded more and more, until Gray was carrying the show. On opening night when Gray made his curtain call the audience gave him a 15 minute standing ovation. Backstage, Gray and Christian hugged. I’d never seen Gray look happy before.

On closing night Christian threw a big cast party at his apartment. There was beer and weed and everybody was laughing and singing. Most of us still had stage makeup on, which made the girls look like hookers and the boys look like clowns. In the hubbub Gray detached himself from the crowd and slipped through the smoke into a bedroom. Not long after Christian followed.

High school is funny. One day you can wake up and go to school and your best friend since second grade will show up with a mohawk and Dr. Martens. You played with that kid once. But now your former best friend is just a nodding acquaintance, and you wonder at them strutting with the other punk rockers while you’re still trying to disappear inside your locker.

So I didn’t make much of it when I started to see less and less of Gray. The only thing we had in common was the play, and without rehearsals, we just naturally drifted apart like electrons detaching from an atom with weak bonds. After Gray got his drivers license he stopped showing up at the bus stop. Occasionally I would see him drifting through the hallway smiling his little smile. I didn’t even notice when he stopped coming to school.

The last time I saw Gray was an afternoon in March, long after last bell. I stayed late to finish a lab assignment, and then made my way to the exit through dim and cavernous hallways. As I drew abreast of Mrs. Gilhooly’s class room the door slammed open and Gray emerged. Even though it was a warm day he was wearing a muffler. As he rushed past me, the muffler slipped to expose a lash of angry lesions across his jaw line. I peeked in the door. Mrs. Gilhooly sat alone at her desk, in an empty classroom, sobbing into her hands.

In high school kids died all the time. They’d get drunk and die in car wrecks. Or commit suicide with their dad’s gun in the basement. We all knew what to do with that.

AIDS was different. It was on the news. Grown ups were using the disease as a political bludgeon. What did any of that have to do with us? Somehow Gray got swept up in grown-up stuff that was beyond our ken. So kids whispered and snickered for a few days but then prom and graduation loomed and Gray was nearly forgotten.

I was able to put Gray out of my mind for the most part. Summer break came. I got a job making sandwiches at the mall. One night I pedaled home from my shift, weaving my bike between parked cars when a midnight blue GTO pulled up next to me. From the passenger window a sinewy arm emerged and a scarred hand beckoned me over.

I pulled my bike over to the GTO and peered inside. It was Juan Braddock.

“Yo Ben.” Juan gazed into the distance as he spoke. His hand rested on top of the side mirror. “Is it true what people are saying about Gray?”

Inside the car there was total stillness.

Finally Juan shook his head. “Damn. Slim got him.”

The GTO pulled away into the night. 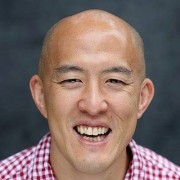